Glynn Chatmon had just gotten off work and was home cleaning on a Friday afternoon in May when he got the call he’d been dreaming about for years: He’d been accepted to med school. And not just any med school – Meharry Medical College, a historically Black college in Nashville, Tenn., with a 146-year track record of turning out doctors and dentists of color. It was one of his top choices.

But wait, they told him. There’s more good news.

And that’s when Glynn Chatmon started to cry.

Without ever knowing he was in consideration, he had already been selected from a pool of Meharry applicants as the sole recipient of a new scholarship from Horizon – $75,000 per year to put toward tuition and other expenses for the duration of his medical doctorate program. Over four years at Meharry, that will add up to $300,000, enough to absorb as much as 75% of his costs, he estimates.

“Relief” doesn’t even begin to describe it.

“It was incredible news,” Chatmon, 28, said from Nashville, where he reported to Meharry for a summer term in late June before the fall semester kicked off in early August. “I’d been applying to med school for the past couple of years and just had a lot of stuff going on in my life. Getting into school is great, but to learn I don’t have to worry about some of the financial side of things just really seals the deal for me. It’s life-changing.”

Chatmon makes it 40 students that Horizon is now helping this school year through the Horizon Scholars program, which the company started in 2019 as a way of investing in future science and health care professionals, particularly those from underrepresented groups. With the addition of the Meharry scholarship, there are now six Horizon Scholars attending four historically Black colleges and universities, with others pursuing STEM careers at local universities in the U.S., the Waterford Institute of Technology and Trinity College in Ireland and the Asian University for Women in Bangladesh.

Although Chatmon may be the newest member of this bunch, his commitment to his future profession isn’t new at all. He’s further along than most Horizon Scholars, having already earned a bachelor’s degree in evolutionary anthropology with a minor in chemistry from Duke University, followed by a master’s in medical sciences from Loyola. That foundational work, along with his experiences as a math and science tutor, a youth mentor and a mental health technician at Chicago Behavioral Hospital in suburban Des Plaines, made him just the rising star Horizon was seeking to support.

But his desire to be Dr. Chatmon started bubbling much earlier than college.

“My primary influence was my uncle, who’s an anesthesiologist – that’s what initially got me interested in medicine,” said Chatmon, who was born and raised in the Galewood neighborhood on Chicago’s Far West Side. “He thoroughly enjoyed what he did from day to day. The work-life balance for him wasn’t too crazy, and he also could afford a nice lifestyle for himself. So, I knew I wanted to be a physician probably around junior high, and I was pretty solidified in that by high school. That’s when it transitioned into seeing how physicians really work with patients, getting them back to having confidence in themselves to do what they could do originally or even improving on where they were before.”

At age 15, Chatmon experienced that firsthand as a student-athlete at Walther Lutheran High School in Melrose Park.

“I played basketball and football and ran track, and just the constant strain I was putting on my knees while I was still growing resulted in a condition called osteochondritis dissecans and a serious knee injury,” he said. “Going through treatment and therapy for that, you get an inside look into the medical world a little closer than you had before.

“It was incredible. I didn’t know the extent of these procedures that surgeons, particularly orthopedic surgeons, were doing. None of it was an open surgery. They had cameras they were putting in through small little holes around my knee. And that deepened my interest in medicine a lot, interacting with an orthopedic surgeon who kind of took me under his wing.” 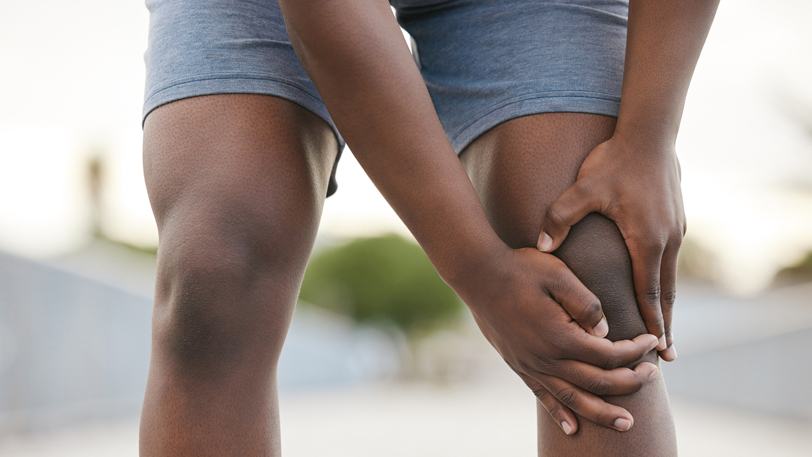 With a new sense of where he wanted to go, his approach to school sharpened.

“I focused more on science-related classes and took some shadowing opportunities,” Chatmon said. That included involvement in a pipeline program at Rush University Medical Center "where they would introduce us to more about medicines. I would go in, look at cadavers, join groups talking about health disparities. To be in high school and sit in on a surgery was pretty fun.”

Is orthopedics still where he’s headed? Ten years later, as he begins this next phase of his schooling, Chatmon says probably not. Medicine has become so much bigger, with each day bringing a trove of new information. Already at Meharry, he has taken deep dives into fever, dehydration and sore throats through the lenses of immunology, anatomy and pharmacology. Outside the classroom, there are clinical exercises every Thursday with “standardized patients” – actors who come in with “cases” based on what the med students are learning that week.

“I’m keeping options open for the most part,” Chatmon said. “I also worked in mental health for five years after undergrad and feel a strong connection there. A lot of physicians in mental health work with inpatient groups but also have their own practices, and that’s a balance I’d like to have – to be able to go in and see patients in hospitals and prescribe medications, but also have a private practice where you're seeing the same patients over a long course of time, building a rapport with them. I’d say I’m probably leaning more toward that, just from the standpoint of feeling like I can make a bigger difference in my community doing that.” 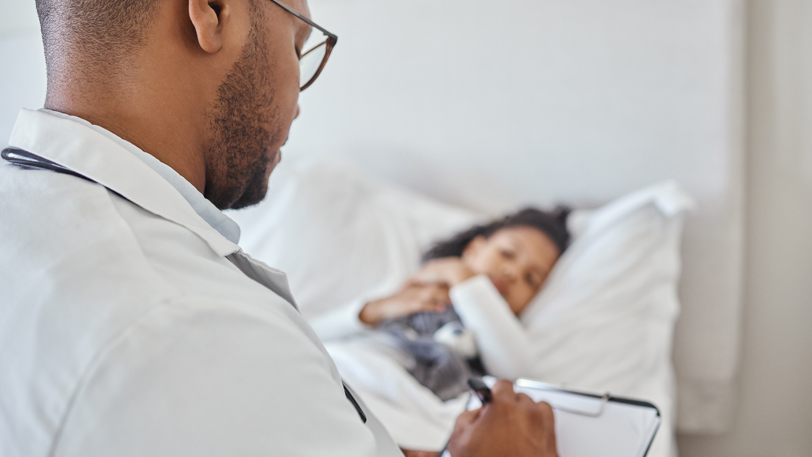 Community and representation – the beating heart of Chatmon’s Horizon scholarship – will play a big part in where he lands after Meharry and another four years of medical residency.

“Eventually, I want to have a clinic in an area in Chicago similar to where I grew up, in between an underserved area of the city and a more affluent side,” he said. “It’s just where I’ve really planted a lot of my seeds. It’s a beautiful place for me, but some people don’t have as many resources and don’t feel as supported. So going back to the communities that are closer to me, it’s needed to have physicians that look like me and understand the situations that go on there.

“There are a lot of conditions that affect Black communities much more than other communities – either as a genetic thing or related to culture and environment. A lot of Black patients also have distrust for doctors, unfortunately, and it can be for a multitude of reasons. So having more Black physicians in areas that have a lot of Black patients is a necessary way of getting to a point where we can lower the disparities. It means something to a Black patient to have a Black doctor. It helps break down some of the barriers. And places like Horizon are really looking into that and offering these types of scholarships for people like me.”