Dr. Linda Morgan has always had a heart for helping to meet the medical needs of patients who don’t have easy access to care. While she was in optometry school in the late 1990s, she went on a medical mission to remote South Africa and found the experience extremely rewarding. But working full-time in clinical practice while her two daughters were little didn’t leave much time for similar trips overseas.

Now her daughters are in their early 20s, and Morgan, based out of Omaha, Neb., is a regional medical director for Horizon – a role she took on in 2019.

I feel very strongly about giving back if you’re able to, and it’s great that Horizon’s policies support employees doing that.—DR. LINDA MORGAN

When an opportunity came up to return to that type of mission optometry, she jumped at the chance.

“As a regional medical director, I travel a lot for work,” she said. “When I was visiting an ophthalmology practice in Fargo, N.D., last May, the team there had just gotten back from doing eye care in Haiti with a group called Haiti Eye Mission. As they talked about their experience, I said, ‘I want to go!’ They thought I was kidding because it was so spontaneous, but I applied and was selected to go on the next trip as an optometrist.” 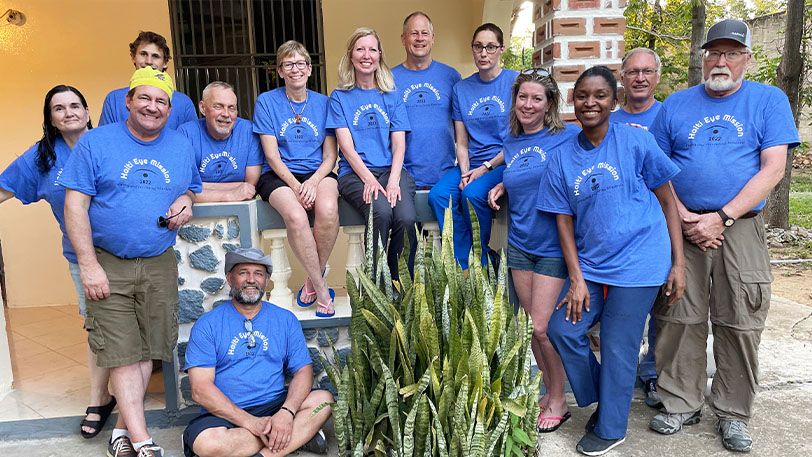 Dr. Linda Morgan (fourth from right) with other members of the medical mission team in Haiti

In May, a team of 12, including Morgan – mostly from Fargo but also from other areas of the U.S. – headed together from Florida to Haiti on a special flight operated by the non-profit organization Missionary Flights International.

“Our first day in Pignon, a town in north-central Haiti, we set up MASH-style tents to house the clinics,” Morgan said. “It was incredibly hot, and we had no air conditioning or hot water for showers or hand-washing, only cold running water with soap in our bathrooms, plus hand sanitizer in the clinics and cold running water and antiseptic soap for surgeries.”

After a long first day of setup, the clinics generally ran from 8 a.m. to 7 p.m. for five days. In that time, Morgan, the only optometrist in the group, screened about 1,100 patients – both adults and children – for serious eye diseases such as glaucoma and cataracts, assisted by 17- and 18-year-old translators from a nearby school. The mission team also included three ophthalmologists, who checked patients for other ocular conditions and performed about 200 surgical procedures for cataracts, glaucoma and, in some cases, removal of an eye. There also were nurses, technicians and even an electrician to ensure the clinic and its equipment were powered sufficiently. Depending on their specific conditions, patients were given reading glasses, sunglasses and donated medications the team had brought along. 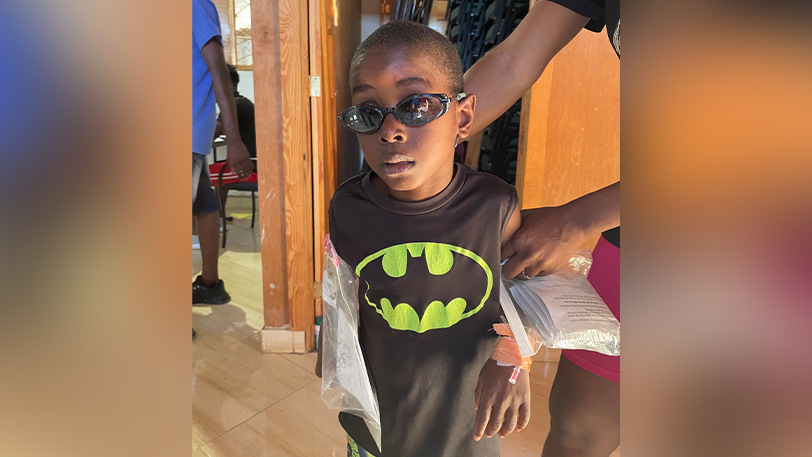 “Glaucoma, which was one of the things I screened for, can lead to permanent blindness if not caught early,” Morgan said. “And unfortunately, many cases I saw were not caught in time to provide treatment, because up until recently, mission clinics like this one were the only eye care available in all of Haiti.”

In cases where treatment was possible, glaucoma patients were either offered surgery to decrease pressure in their eyes or given twice-daily eyedrop medication for a year – enough to get them by until the next mission visit.

Cataracts, like glaucoma, can also cause blindness, but this type of blindness can actually be reversed with surgery, Morgan said.

“One man I remember vividly,” she recalled. “He was only 31 but had bilateral cataracts and was totally blind. A friend had to lead him into the clinic. But an ophthalmologist was able to perform surgery on him, and when the bandages were taken off, he was able to see again. I don’t understand a word of Creole, but you didn’t have to speak the same language to feel his and his family’s excitement when his sight was restored.”

Excitement was a common refrain – as was relief.

“To be blind in Haiti is to be fully dependent on someone else,” Morgan said. “There are no Disabilities Act regulations, no standardized step height, nothing that says businesses need to be accessible for those who are vision-impaired. There are all kinds of hazards, from trash in the streets to goats and stray dogs running around. For this man to see again meant he could work and be independent.”

Morgan spent a total of seven days in Haiti, using paid time off (PTO) and her Make It Personal Day from Horizon, a paid day off given to employees each year to do something uniquely meaningful to them. Thanks to Horizon’s Match+ program, she also secured a company match to the Haiti Eye Mission for the amount she paid for her travel expenses. 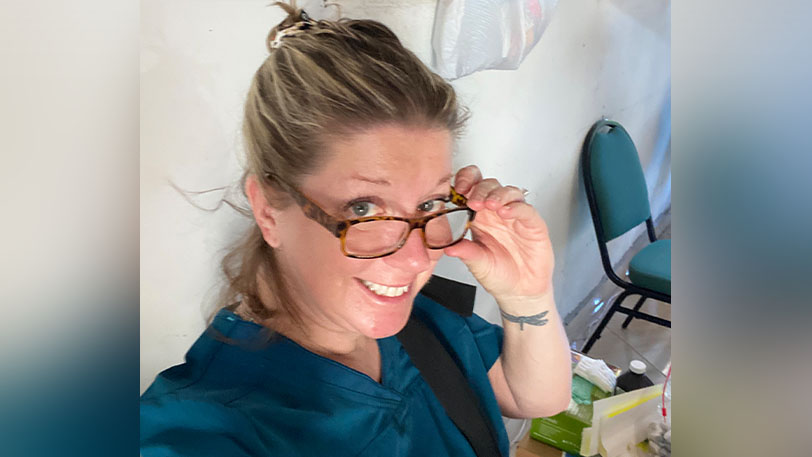 “Horizon is very generous in the amount of vacation time we receive and in giving us a Make It Personal Day to do meaningful work for others,” Morgan said. “Throughout the years, I’ve used my Make It Personal Day to do things closer to home, like work at a food bank, donate blood or volunteer at a homeless shelter, and I hope to be able to return to Haiti as well. I feel very strongly about giving back if you’re able to, and it’s great that Horizon’s policies support employees doing that.”