Please ensure JavaScript is enabled for purposes of website accessibility

In people with CGD, the immune system isn’t working like it normally should. So, it is very hard for the body to fight off life-threatening infections from bacteria and fungi, which are called pathogens. That’s why people with CGD are at a higher risk for getting serious, unusual and repeat infections.

Often, people with CGD also have inflammatory problems, like inflammatory bowel disease and granulomas. Granulomas are hard lumps that build up in the tissue. They can cause serious harm to the body in places like the intestines, bladder and lungs.

Today with treatment, CGD is known to be a condition that most patients can manage. Studies suggest overall survival has improved over the last decade with more patients living well into adulthood.1 The estimated incidence of CGD is 1 in 200,000 people born in the United States.1

Signs and Symptoms of CGD

An individual may begin to show signs of CGD anytime from infancy to adulthood. However, the vast majority of patients are diagnosed before five years of age.2

The signs and symptoms of CGD may include2:

A doctor who suspects a person might have CGD may order a lab test that assesses the activity of phagocytes.2

The dihydrorhodamine (DHR) test2
Today, the DHR test is the preferred method for diagnosing CGD. In this blood test, white blood cells (phagocytes) are exposed to the chemical dihydrorhodamine (DHR) and measured using a process called flow cytometry. Normal white blood cells will emit a fluorescent light, which means the cells produce the chemical needed to kill harmful microorganisms. If the cells do not emit a fluorescent light, it indicates the cells do not produce, or do not produce enough of, the chemical needed to kill the microorganisms, which means the patient could have CGD.

CGD is a chronic disease; however, its symptoms can be managed through2:

People who have CGD are highly susceptible to severe, recurrent infections, which can often require hospitalization and special disease management.2,3 The most important goal in managing patients with CGD is to prevent infections.

Nephropathic cystinosis is a rare, metabolic disease which begins in infancy, affecting approximately 500 people in the United States, and roughly 2,000 people worldwide.1

This genetic condition may be present when an individual inherits two mutated copies—one from each parent2—of the CTNS gene, a gene responsible for providing the body with instructions for making a protein called cystinosin.3

Cystinosin helps move cystine in and out of the body’s cell compartments, called lysosomes. In people with nephropathic cystinosis, the amino acid cysteine is able to move into lysosomes, but is unable to move out of them. The cysteine molecules combine to form cystine, which then crystalizes and triggers cell death.1 The accumulation of cystine crystals causes damage to organs throughout the body such as the kidneys, eyes, liver, muscles and brain.4 It can also cause complications like muscle wasting, hypothyroidism, issues with swallowing, blindness and diabetes.3

Although appearing normal at birth, infants with nephropathic cystinosis may show symptoms of dehydration and excessive thirst, they may urinate frequently and exhibit excessive fussiness. Poor growth and kidney damage in the form of renal Fanconi syndrome are also common characteristics. If left untreated, kidney failure along with other complications such as blindness, diabetes, thyroid and central nervous system problems may occur.3

Nephropathic cystinosis often goes undiagnosed and/or is misdiagnosed.4 There are many methods for testing elevated levels of cystine within cells; however, genetic testing—specifically, molecular analysis of the CTNS gene—can be used to detect the condition early and even for prenatal diagnosis.5

Management of nephropathic cystinosis involves the treatment of symptoms caused by the disease. People with this condition need to take in more fluid along with minerals, phosphates and Vitamin D to normalize electrolyte imbalances and prevent rickets. Supplementing with carnitine, a substance critical for energy metabolism and mitochondrial protection, can help to combat muscle weakness and low blood sugar.

Forty-one percent of patients have reported an initial misdiagnosis of multiple sclerosis (MS);1 however, NMOSD is distinct and more severe than MS, and is associated with substantial cumulative and often permanent disability, including blindness and paralysis.2 The global prevalence is estimated at 0.5–4/100,0003,4 and in the majority of patients (60-80%), antibodies to aquaporin-4 (AQP4) are present. Anti-AQP4 autoantibodies are produced by plasmablasts and plasma cells. These B cell populations are central to NMOSD disease pathogenesis, and these cells express CD19. Depletion of these CD19+ B cells is thought to remove an important contributor to inflammation, lesion formation and astrocyte damage.

Symptoms associated with the disease include: loss of vision, paralysis, loss of sensation, bladder and bowel dysfunction, nerve pain and respiratory failure.1 The incidence is 10x higher in women than men and disproportionately affects those of African descent.5

While exact numbers are not known, it has been estimated that 1 out of 250,000 children are born with severe malignant osteopetrosis.1

In people with osteopetrosis, this balance is not maintained because their osteoclasts do not function properly. As a result, resorption of old bone material decreases while the formation of new bone continues. This leads to an abnormal increase in bone mass, which can make the bones more brittle. Because abnormal bone development affects many different systems in the body, osteopetrosis may cause problems such as1,2:

In SMO, the abnormal accumulation of bone material tends to narrow the space inside bones where bone marrow is formed. This can cause failure of the bone marrow, leading to a decrease in various blood cells such as red blood cells (anemia) and white blood cells (decreased ability to fight infection). Also, there can be narrowing of the “tunnels” within bones of the skull (called foramina) through which the nerves for vision and hearing pass. When these nerves are compressed by the overdevelopment of bones due to SMO, vision and hearing problems can result.2

Patients with SMO often suffer serious effects from the disease. These may include1,2:

SMO is associated with diminished life expectancy, with most untreated children dying within the first decade of their life.1

Severe malignant osteopetrosis is generally diagnosed in infants, often within the first year of life. The first signs of the disease commonly noticed by parents are vision problems and failure to thrive or slow growth. Other early signs include recurrent infections, bone fractures, nasal congestion and unusual facial features.2

To diagnose that a person has severe malignant osteopetrosis, the doctor may order an X-ray. By examining the X-ray images, doctors can look for the abnormal bone development that is characteristic of the disease. That information, combined with the patient’s physical signs and symptoms, usually leads to a firm diagnosis. This diagnosis can be definitively confirmed through genetic testing.1

Therapies available for SMO can help to manage the complications that occur, delay progression of the disease and prolong survival. Doctors may prescribe corticosteroid medications or high doses of calcitriol (a special form of vitamin D) in order to slow the progression of the disease. Problems caused by bone marrow failure may be treated with blood transfusions. Special treatments for vision, hearing and dental problems may be required.1,2

TED occurs when the body attacks its own cells around the eyes. This causes the muscle and fat tissue behind one or both eyes to become inflamed and swollen. Common symptoms include eye pain, redness and swelling; light sensitivity; proptosis (eye bulging); diplopia (double vision); and in some cases, can lead to blindness.3,4 People living with TED often experience long-term functional, psychological and financial burdens, including the inability to work and perform activities of daily living.5, 6

Gout is a serious and painful form of arthritis that occurs when there is too much uric acid in the blood. Gout becomes uncontrolled when a person experiences ongoing symptoms, such as frequent flares, tophi that do not get smaller (non-resolving tophi) and high uric acid levels, even when they are taking oral medications to lower uric acid.

If uric acid levels in the blood are too high, thin rod-like crystals can form and deposit in the joints, which can lead to severe pain, tenderness, stiffness, swelling and joint damage.1 Over time, these crystals can build up and form deposits of uric acid inside the body and joints, which can have harmful effects including causing damage to the underlying bone. The urate deposits are called tophi, and are not always clearly visible to patients or physicians. Sudden episodes of swelling and tenderness – often called gout flares – can also contribute to tophi.2

In addition to the joints, gout crystals can also deposit in other organs of the body,3 and if left unmanaged, gout can lead to significant and serious joint damage.4

Unfortunately, many people living with gout continue to have high levels of uric acid and gout symptoms despite the use of standard oral urate-lowering therapies (ULTs). This is known as uncontrolled gout. People living with uncontrolled gout may also have other significant health conditions, such as hypertension, chronic kidney disease, coronary artery disease and/or diabetes.5

Gout is typically classified as being uncontrolled when a patient continues to have symptoms of gout despite being on oral ULTs. Symptoms of uncontrolled gout can include:

The general goal for gout treatment is to keep uric acid levels lower than 6 mg/dL to prevent the buildup of uric acid crystals that cause gout flares, tophi and bone/joint damage.8 For some patients who have greater disease severity, uric acid levels may need to be lower than 5 mg/dL.8

Treatment for uncontrolled gout includes a combination of lifestyle changes and medications. In addition, patients with uncontrolled gout often see a gout specialist, most commonly a rheumatologist. Rheumatologists focus on the treatment of joint diseases and are well-versed in the management of gout.8

A urea cycle disorder (UCD) is an inherited metabolic disease caused by a deficiency of one of the enzymes or transporters that constitute the urea cycle.

The urea cycle involves a series of biochemical steps in which ammonia, a potent neurotoxin, is converted to urea, which is excreted in the urine.1,2 When the urea cycle isn’t working properly, ammonia can’t be removed and continues to move throughout the body. This leads to ammonia building up in the blood – or “chronically elevated ammonia” – which can become dangerous because it can overflow from the liver into the rest of the body and cause permanent damage.

UCD symptoms may first occur at any age depending on the severity of the disorder, with more severe defects presenting earlier in life.3 UCD symptoms can be subtle and similar to many other conditions, which can lead to misdiagnosis. These symptoms can include headaches, fatigue (feeling tired), confusion and trouble concentrating. Any level of elevated ammonia, even if it’s not high enough to cause severe symptoms or a hyperammonemic crisis, should be avoided in order to prevent brain damage.

Fortunately, there are options for people with urea cycle disorders to help control high levels of ammonia in the body. Options can include a low-protein diet, amino acid supplements and ammonia-controlling medicines. 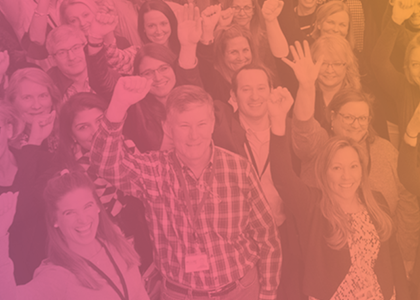